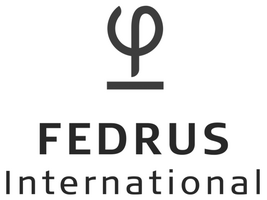 Fedrus International is a specialised international building materials group, headquartered in Puurs, Belgium, with a focus on the production, trade and distribution of roof and façade materials for the European market. The group is the result of a large number of mergers and acquisitions, with the ambition to become the leading European one-stop shop in roof and façade materials.

Up to Sofindev's arrival in 2015, Fedrus was the Belgian market leader in the trade and distribution of roof materials, thanks to the combination of three companies: IRS, Btech and Apok. Fedrus then generated about 190 MEUR in turnover, almost entirely in Belgium.

In 2015 Sofindev entered into a partnership with Mark Vandecruys, the former owner of Btech, by acquiring a minority stake in Fedrus International's capital. With the arrival of Sofindev, the international ambitions were fulfilled. Together with Mark and the management team, the buy-and-build strategy, until then focused on the Belgian market, was broadened to a select number of other countries. In 2017, our joint efforts resulted in three acquisitions, two in France and a transformative acquisition of Umicore's building products division, known as VMZinc.

In October 2021, Sofindev sold its participation in Fedrus International to the majority shareholder Koiba, the investment holding of the Vandecruys family. Since the investment of Sofindev in Fedrus in May 2015, the group transformed itself from a local market leader in Belgium with 190 MEUR sales and 240 employees to an international group that realized 630 MEUR sales in 2020 with more than 1600 employees and doubled its EBITDA over that period.

“Sofindev has taken our company to the next level. Without them, we might never have completed the deal with VMZinc. It's not about the money. But the fact that the banks suddenly looked at us in a different way, was very encouraging.”

Want to know more? Contact one of the experts who achieved this

Partner
Back to portfolio

As a partner, we want to develop a relationship that rests on trust, respect, transparency, personal involvement, and commitment. That's how we operate, always. Together we create meaningful value for the companies, the entrepreneurs, our investors, but also for our environment and society.
Learn more about our investment strategy